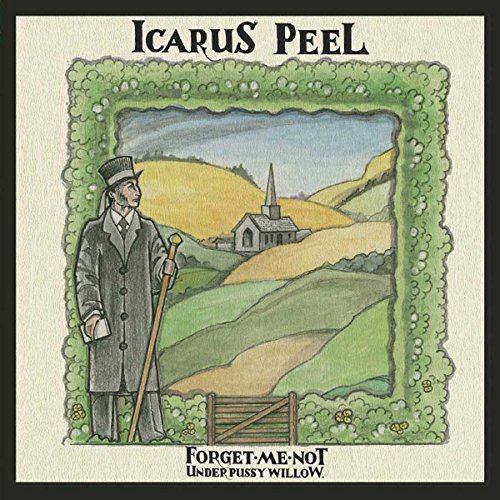 Icarus Peel is a busy boy. He's the leader of West Country Psych wonders, The Honey Pot, a band where Peel's exceptional guitar skills come tho the fore in beat driven 60's Psych. He also writes and performs with Crystal Jacqueline, a more Renaissance like affair.

His solo work is largely very anglophile storytelling. the exception being his rustic rock album, The Sunflower Army. This is his fourth album and it's a concept album and the world is certainly ready for more concept albums.

The album is very much in the territory of quintessential albums by the likes of Todd Dillingham, Syd Barrett and Martin Newell. Great storytelling. The story here is one of Good Vs Evil and a chance to surround great Psych Pop with Rock and Folk. Some great songwriting and more importantly, real wit. This is demonstrated to full effect in the opener, Forget-Me-Not


The album is released on John Blaney's superb Mega Dodo label.I rate this as high as I do, Sugarbush. Mega Dodo is releasing some superb Psych lately, a real competitor for Fruits de Mer. The label is a real resting place for the unusual and should be heard.

Forget-Me-Not Under Pussy Willow is a perfect example of this. It's to be listened as a whole, across all 13 songs. Each is different and adds something to the whole. The CD adds the magnificent, Auntie Powders Her Nose as a Bonus Track.

The album is also available on 180g Vinyl and as part of a very limited 4 CD Box Set with remastered versions of the three previous Icarus Peel albums, Tea At My Gaffe, Sunflower Army and Sing!!.

You should investigate Icarus Peel more, an eccentric talent, talent being the operative word. You can find further details on the album here.

Posted by Anything Should Happen at 12:29