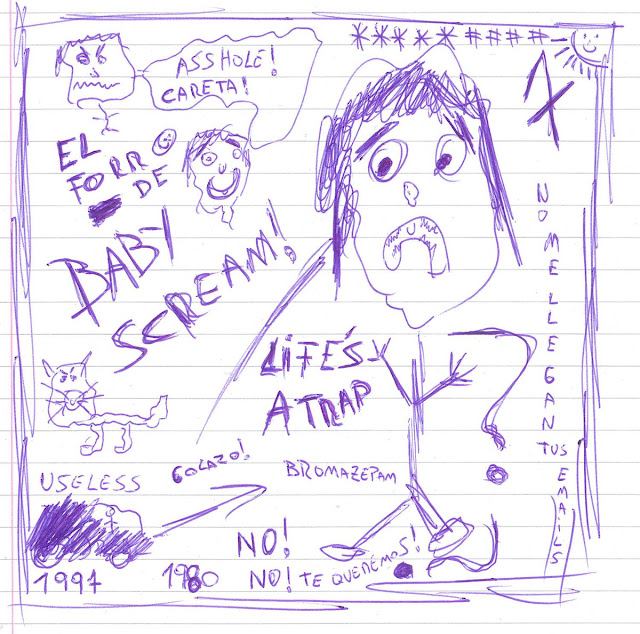 Juan Pablo Mazzola's Baby Scream has been responsible for some great Power Pop for a decade now, way back to  2007's Monsters EP. Argentina isn't that well known for Pop, but Baby Scream may just change that impression. His voice at times, reminds me of Per Gessle with more feeling, but the music is wonderfully late 60's early 70's. Great harmonies, gentle well played riffs, all in all a great listen.


Jokes is a lovely short joy of a song, aching piano, great harmonies, a pleasant little guitar accompaniment and a Nilsson like vocal. Wish You Were Here leads on a spacey keyboard before breaking out into a great fuzzy guitar solo. The Ballad Of Music Biz has some great orchestration and harmonies on it.


The album is a bit top heavy on a more melancholic sound which suits Mazzola's voice, but perhaps it could do with a little more of up tempo songs similar to the opener. However, that's a minor quibble and it doesn't stop this album from being one of the more pleasant things I've listened to this year.

Well worth a punt! You can listen to and buy the album here.

Posted by Anything Should Happen at 11:37