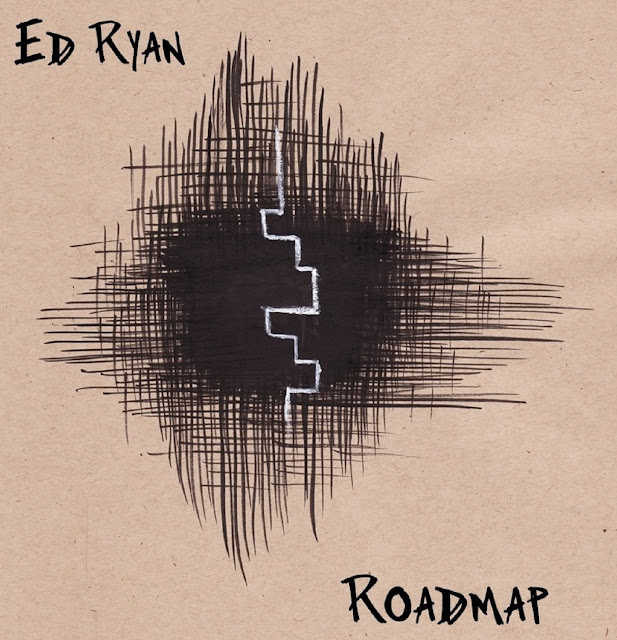 After getting all moody with Damien Binder's album, Ed Ryan is a return to more familiar ground. Ed was the leader of late 70's CBGB's band, The Rudies. He was even managed by Hilly Kristal, heaven help him, in the late 80's as part of Jupiter Jets. None of those Power Pop chops have gone astray with the Power Pop excellence that is Roadmap.

The album drifts between Late 70's UK and US New Wave. It could be The Records, it could be The Knack depending on which song is up next. The opener, Everything's Gonna Be Alright starts off with a Huw Gower like riff and with the odd exception, the album just doesn't let go. The Bluesy start to Heartbreak In Disguise soon turns into a sing along Power Pop chorus.

Bridges are Burning could be Pilot or Jigsaw and has a delightful Harmonica accompaniment and a great solo. Rising Sun has such a Knack riff, it's untrue.

Clementine's Lead Guitar reminds me so much of prime time Mick Ronson. Darker Side is much more mellow, unusually so, starting with a Shooting Star opening lead. Elvis' World is New Wave in a sort of Split Enz way. Then Roadmap slows everything down to finish. Neil Young like sentiments with an amazing "rawk" solo to end it.

For all that Ed knows about writing a Power Pop chorus and riff, the guitar playing on this album is just sublime. You sense he really wants to be a Mick Ronson or Jeff Beck, but his ability to write a song holds him back.

This album is a fine lesson in how to write a Power Pop Hook and play Guitar. You can listen to it and buy it here.


Posted by Anything Should Happen at 22:23