Marjorie Fair - I Am My Own Rainbow 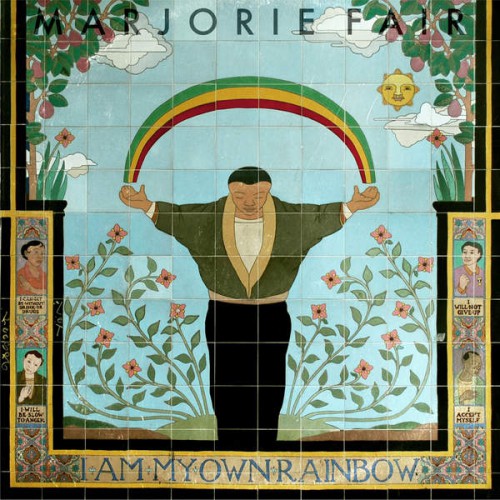 Marjorie Fair's Self Help Serenade was one of the albums of 2004. Evan Slamka's aching voice, the haunting melodies mixed with something bordering Psych, but far too great to pigeonhole as that. Like Doves thrown in with Nada Surf with a bit of Jim Noir. It is a wonderful album and all should own it.

The band played Glastonbury 2004, but the album never took off. It had a delayed release in the States and despite constant touring, Slamka was left on his own by 2007. I remember one band tour in the States when Marjorie Fair were with Mellowdrone making me so jealous that I was stuck here in the UK.

Evan hadn't stood still, he's been involved in numerous bands and projects, most notably Square On Square. Indeed three of the songs on the new album are from the Square On Square days.


In early 2015, a new Marjorie Fair was trailed and it duly appeared in late March this year. The resulting I Am My Own Rainbow is every bit as good as you'd expect. In fact it's better. For someone known for Psych Folk Pop, here the album has been more or less split into both factions.

The dreamy Psych Pop is front ended and that aching voice sounds as great as ever. The first five songs just stack up one after the other, but the stand out is 14th Century Man.The last three songs are slowed down to virtual acoustic mode and here that voice just shines out.

Fields sounds like the songs McCartney used to write. Haven't You Heard could be Ron Sexsmith or Rufus Wainwright.

The album is available on Noise Trade with a suggested Tip of 6 dollars. You can also listen to the songs before you buy here.

It is also available to buy on iTunes or Amazon.


Posted by Anything Should Happen at 17:50