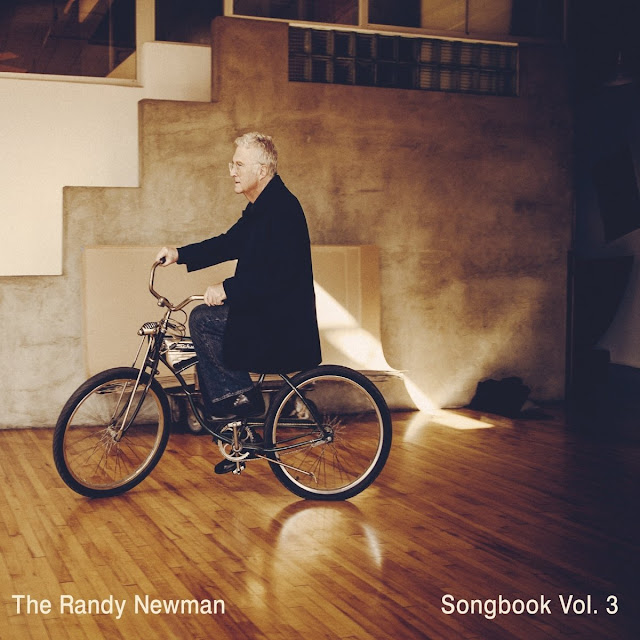 A Blog that celebrates the new and seemingly majors on Power Pop celebrating the "unknown" Randy Newman. Whatever Next?

To these ears, the man is a genius songwriter, under celebrated when people deem to compile their lists. Many will know his songs, but not know that they were written by him. Mama Told Me Not To Come anyone?

The format of these Songbooks is that Newman plays his songs, just him and a piano and to be honest, that's the format I prefer the great man in. You tend to listen to the lyrics more without all that accompanying noise and it allows you to marvel at the way with words he has. Humour, bite and utterly memorable.


Over these 16 songs there's a mixture of the relatively known, Short People, Simon And The Dancing Bear etc and lesser noted songs. Over his body of work, soundtrack stuff and songs covered by others, the observational skills shout out.

If there is a finer singer songwriter out there over the past five decades, I can't think of them. I'd love to plump for the four LP Vinyl Box Set, but I'm having trouble convincing the Queen Of Burtonwood that this is vital when I have the CDs.

I live in hope.

You can and should buy the album to hear a genius at work. You can buy the album on Amazon and much as I'd like to direct people to some emporium more independent, you can get the CD and download for £9.99 there.

The Vinyl Box Set can be found at Nonesuch Records site here.

Posted by Anything Should Happen at 12:17