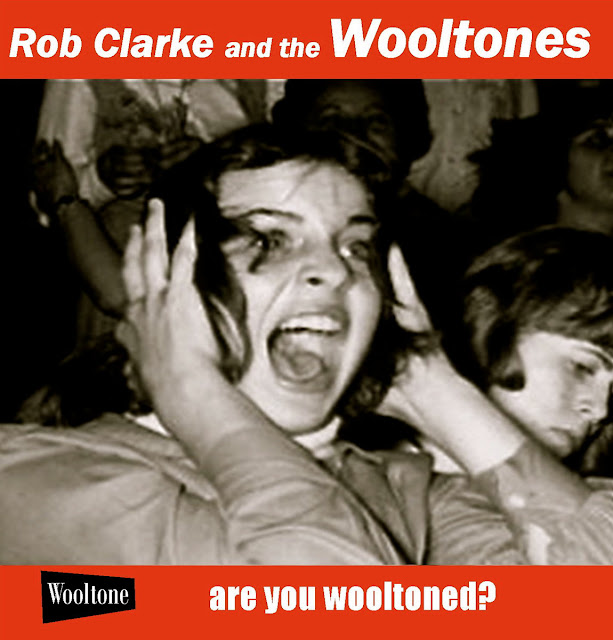 I've long been a fan of Kool Kat Musik. Ray has long been a supporter of the kind of Pop that we know and love through his online store and his Kool Kat label is just pure class. In our world, he's probably the most important person left since the end of Not Lame.

That Kool Kat label has promoted forgotten gems from the likes of True Hearts, The Genuine Fakes, John Wicks, Andy Reed, Cloud Eleven and the magnificent, The Idle Wilds. He also released Somerdale's debut album and you know how highly I rate their latest, Shake It Maggie.

So I'm delighted to be reviewing a Kool Kat release from a band close to where I live in the world. Rob Clarke And The Wooltones are from Woolton (Get It?), a suburb of Liverpool.

Mind The Gap, Henry Beck is a a classic slice of Psych Pop, but that's not only what the band is about. There are hints of loads of different influences contained here. Certainly Merseybeat, definitely the later 60's UK Beat, but I hear The Plimsouls, The Byrds, even the wit of Brit Pop's The Bluetones and The Supernaturals.

Butter is another Psych Pop gem, you can imagine Austin Powers grooving to Monkey Mind. Iron Eyes Cody has a great lazy vocal to an early The Who style beat.


Colours (Of The Sun) has an hypnotic riff with a CSN like vocal.  Pancake Cupcake is pure Merseybeat. Peas is really bluesy and Mystic Room has a Bo Diddley beat. Our Business has a real glam guitar feel, almost Spirit In The Sky. Are You Wooltoned? has plenty of jangle.

It is the Psych Pop that appeals most and this is ably demonstrated by Ambrosine which is very Orgone Box in it's feel.


It's brilliant to note that the spirit of Scouse Pop isn't dead and this compilation is certainly one of the better releases that I've heard this year.

Kool Kat's CD Release has a 7 Track bonus disc that is equally as excellent. This includes covers of Stepping Stone and Pushing Too Hard. You can order the CD and discover more of the Kool Kat delights here.

You can find out more about Rob Clarke And The Wooltones and listen to the whole album here.


Posted by Anything Should Happen at 18:53

Email ThisBlogThis!Share to TwitterShare to FacebookShare to Pinterest
Labels: Rob Clarke And The Wooltones