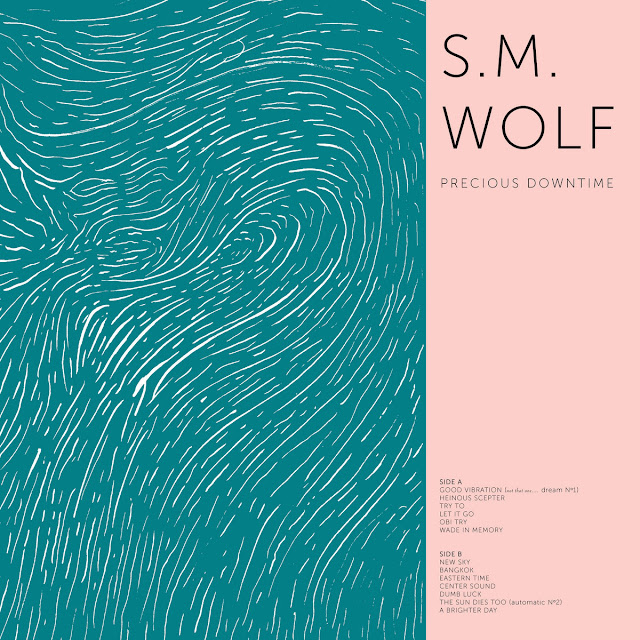 Precious Downtime is a splendid Pop Rock album, but labelling it as that goes nowhere near telling even half the story. The band's fourth album adds all sorts of musical references, but all of them revolve around the pure Pop of the album.

S.M. Wolf are a sort of Indianapolis family of friends with nine people involved in the recording. Essentially though the backbone is a five piece led by Songwriter, Vocalist and multi instrumentalist, Adam Gross.

The previous album, Bad Ocean was a cracker, but this follow up takes the band into a whole new realm. You can tell that the enforced time spent on it, due to the outside events affecting us all, has allowed them the space to develop what they do. Maybe, hence the title.

Precious Downtime feels a little more retro than previous work. For instance has a real 70's Pop sound, part Funky, that just builds and builds across the five minutes. New Sky has a real west coast soft rock chill out about it. Eastern Town is another example of how slow doesn't have to be boring and adds a killer Guitar solo.

Let It Go is straight out Power Pop, a little out of kilter with the rest of the album, but wonderfully so. A Brighter Day is something that you could imagine The Beatles doing if they were still around in 1974. It is a song of great beauty.

Gross's vocal has a gentle laid back excellence, somewhere between Pete Shelley and Ian Broudie. The material here suits that vocal perfectly. Precious Downtime is a little more mellow than I expected and that just raised my enjoyment. This is an album of such grace and proof that you can tone things down without any song sounding the same.

Posted by Anything Should Happen at 17:01