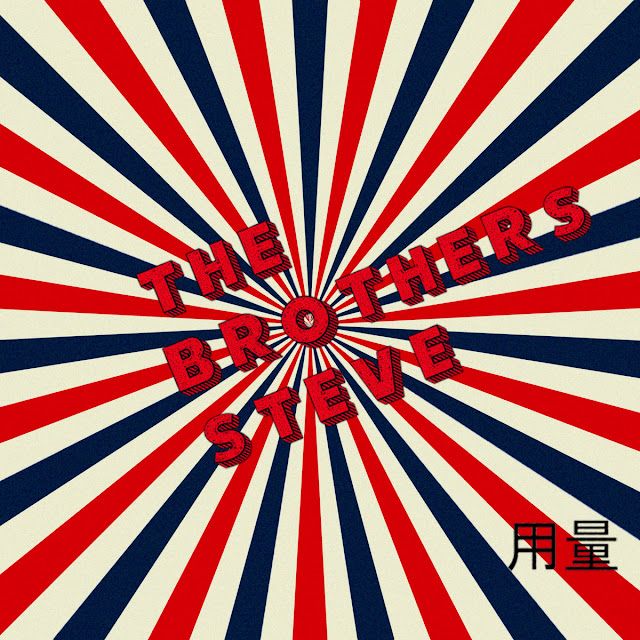 We'll get the mention over and done with. We all need to get over comparing everything that Jeff Whalen does to that first Tsar album. It is over 20 years now and it will remain in my Top 10 albums of all time, but in truth that album wasn't really what Tsar were. They had more of a Punk ethic and a sound that was much more Rock and that reflected on the second album.

Ditto, The Brothers Steve are not Tsar, despite the heavy connection, nor would they want to be. We are a generation on from those times and I know I'm a different person in the intervening years and my musical tastes have expanded even more. More towards the new than the old, far more.

The Brothers Steve specialise in Melodic Pop Rock, but they are not the same as others in that genre. They are not trying to be someone else, they are not expecting to be the next big thing or shatter the world with their originality. They make great Guitar Pop songs that they want people to listen to and enjoy and they do it rather well.

The debut album was a fun listen that masked some of the quality of their ability due to how simple the songs sounded. The hooks and choruses were a given, but they masked the album's depth that repeated listens revealed. It also got a bit lost in the "Tsar's Back!" euphoria.

Dose is the bands follow up album (remember not sophomore) and it feels different. Not the hooks, they are still there in volume, nor the choruses, but the album taken as a whole. It feels more like a band album and you can tell love and attention has been paid to it.

The most noticeable thing is the harmonies which are multi layered and hark back more to the 60's than on that debut. There is also a greater variety. The slower songs fit beautifully and the arrangements are bigger. The Brothers Steve are not gonna rock your head off in a way Tsar might, but remember this is a different band.

There's a real Christie or Love Affair sound on Electro-Love, but it is tinged with Glam Rock. Talking of Glam Rock, Get On Up is pure Glam despite the lullaby opening, very Chinn Chapman. Mrs Rosenbaum is delightful slowed down Toytown while Wizard Of Love is all The Archies, you can imagine the song on a Scooby Doo film soundtrack.

Better Get Ready again edges towards Glam Rock, indeed for most of Dose, you can imagine yourself in UK 1974, which is probably where I prefer to be. The stand out song though is Griffith Observatory, it's like three songs in one. The harmonies are wonderful, the song veers between late 50s Rock n Roll ballad and great 70s Pop Rock. It is a revelation.

The most pleasurable take from Dose is how it builds on what was an excellent debut. Great Great Pop oozes from every pore. You can tell that the band enjoyed making the album and that enjoyment feeds through to you to just sit back and sing along. Highly Recommended!

You can buy and listen to the album here. You can also buy it directly from Big Stir here.

Posted by Anything Should Happen at 23:43

Email ThisBlogThis!Share to TwitterShare to FacebookShare to Pinterest
Labels: The Brothers Steve