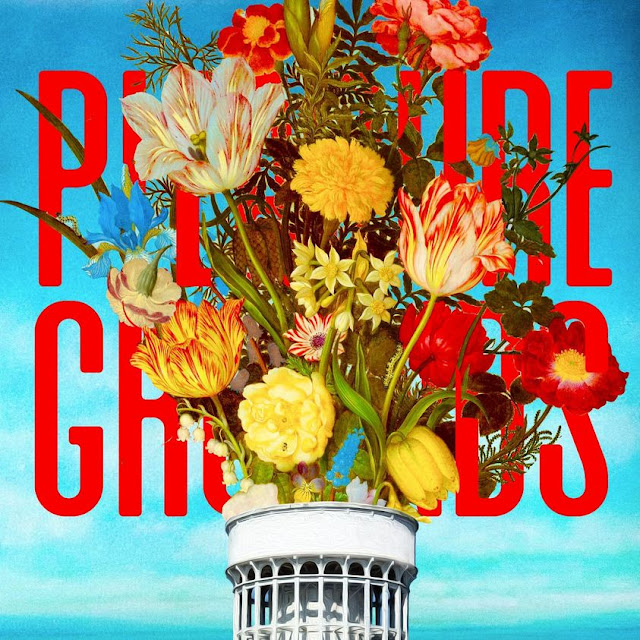 On listening to the first couple of songs here, you'd be forgiven for thinking that Sandra's Wedding are a great sounding 80's Guitar Pop band. Pleasant and relaxing to listen to, but so many others are too. I should've practiced what I preach, because here you have a great example of the album format.

People say the LP is dead and people prefer playlists, but there's no substitute for an album. You listen to 8 or 10 songs by the same artist that you've never heard before and discover your own little secret, your mood enhancer. The format has never had a better time.

Gone are the days of bands thinking they had to fill a CD. You ended up with eight great songs and a load of filler or eight three minutes songs that became five minutes for no apparent reason. I digress though, because if ever a band were defined by an album, it is Sandra's Wedding.

Those initial thoughts of mine were swept away by the whole piece. Yes you have Sunshine Pop and jingle jangle, but you also have Psych Pop, Pop Rock, IRS College Rock and vocal dexterity. The vocals are heavenly, they remind me of someone but I cannot think who, but it is definitely not Morrissey.

These songs are chipper and Dream Pop like, although I suspect lazy reviews will compare the band to The Smiths. I've not looked out for what others say, but I suspect  that The Housemartins will also be a comparison.  I can see that to a point and Sandra's Wedding come from the same coast.

There is similarity in the sound and more than a little in the vocal, but Paul Heaton's songs were all about the lyrics, Pleasure Grounds is far more about the sound, which has far more depth. Having said that Devil On My Stuntpegs is definitely in The Housemartins territory with its bossanova background and wonderful Brass.

The stand out song here is probably Lovin' Life, a gem of a Pop Song with a slightly Psych guitar riff and the title becomes an hypnotic chant. Pleasure Grounds is ultra smooth with another great blast of Brass and a great mediterranean acoustic guitar strum.

Love Everyone is almost Country in its feel, but is still top notch Pop. Council Pop is a magnificent venture into Psych Pop, unexpected and all the more welcome for it. For you Americans, we used to call Water, Council Pop. When I Stall is Jangle Dream Pop of the highest order.

Pleasure Grounds is an album that will have you still believing that it's summer. The Goole Trio have fashioned up an absolute winner. There is a lot of thought that has been put into the sound and that demonstrates the band's versatility and strengths even more. Highly Recommended!

Posted by Anything Should Happen at 18:30