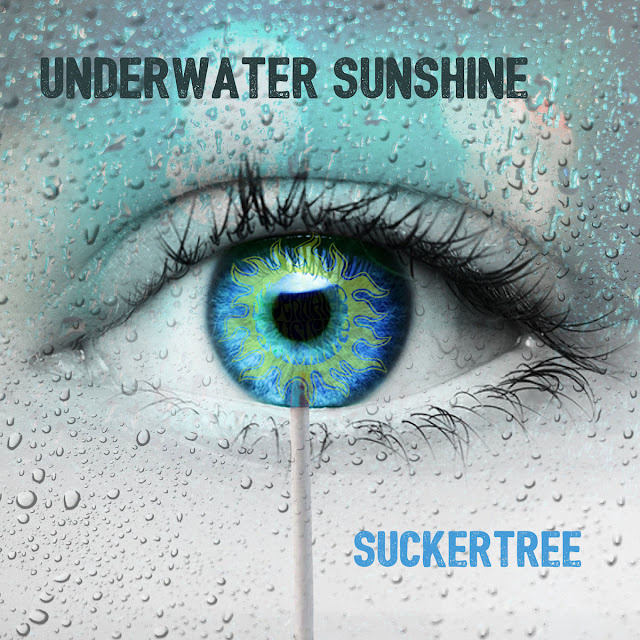 I should've also reviewed this a while ago, but the review a day thing in October is always a chance to catch up on the year as well as what is coming. I spoke to John Nikolic when he was thinking about taking these to a label and mentioned Futureman Records, but I take no credit as I know John was taking advice from a few people.

Futureman is the ideal label for the band. Keith treats his roster with the respect that they deserve, getting them out into the world. Sometimes he's happy being a starter label, other times much more, but in a sea of nonsense he is the ship of honesty. Underwater Sunshine are a great fit musically and it really is pleasing to see Suckertree able to get appreciation around the world.

The album was recorded in 1996 and the band broke up before a release could ever be thought of. During lockdown, John got back in touch with the band who were all absent friends and searched out the original tapes. Evan Morgan Productions remixed the songs and here is the result.

The album does remind you of the mid 90s, a time when this sort of Guitar led Pop Rock was more prevalent. However it isn't now and that should be the comparison. It is also strikingly Posies like and nowadays that is less so, yes the odd song, but not the whole vibe.

The likes of Smoke & Mirrors would adorn any Power Pop album with all the hooks and that terrific Bass line. Honey Glazed is probably the stand out song and you can imagine Jon Auer singing it, the best song that The Posies didn't write.

Elsewhere, Shine is pure Sunshine Pop, Backward Glance is great West Coast Jangle and Rusty Crown sounds ready to go Psych Pop at any time. Who You Are even goes all Torch song AOR, surprisingly successfully. Shelf could be Grunge in the hands of a singer with a grittier vocal.

Nikolic's laid back melodic voice is perfect for these songs. Suckertree is a fine album and deserves your attention. It is the sort of album that would be released by Not Lame. Melodic and Riff led, I am so glad that it has finally seen a release and I also hope these guys get together to record a follow up.

Posted by Anything Should Happen at 23:19