Mothboxer - On The Flip Side 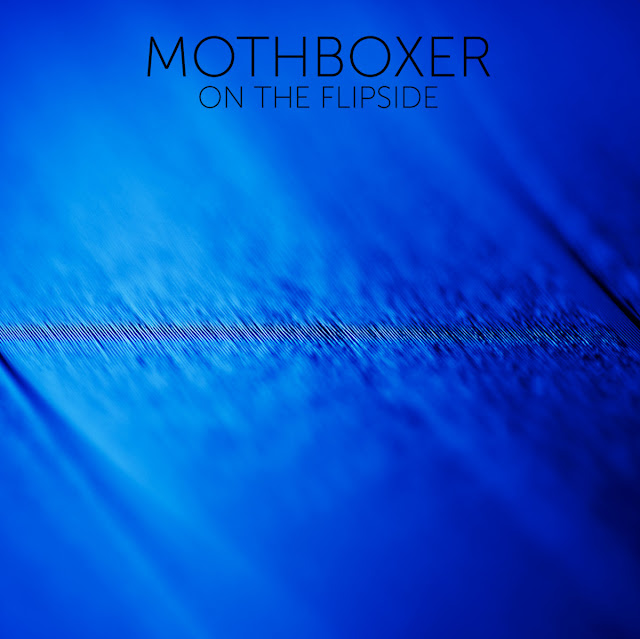 I do listen to a lot of Pop Rock, so I think I'm allowed an opinion on it. It covers such a wide area (not as wide as Indie of course) that when an album hits the spot of many, a mass of artists tend to follow it until it becomes tedious. It's happened with Beach Boys wannabes, Jellyfish wannabes, Teenage Fanclub wannabes.

So when you know an artist who follows a path without ever trying to be anyone else, mastering a sound that never changes drastically, but does just enough to make you excited when a new release is on the horizon, they should be treasured. Dave Ody is one such man.

There may be an artist that I've covered more on I Don't Hear A Single, but I can't think of one. The Mothboxer albums are just superb. I'm not one for saying that I don't understand why a band aren't massive. Big sales doesn't mean big quality as I learned from a particular battering I got on a Duran Duran Facebook Group. Everyone there knew their sales numbers. But Mothboxer should be much much bigger.

Mothboxer's 9th full length album has everything that you would want on a Mothboxer album, but, as always, goes further. There seems to be more keyboards present, but worry not, these are not Rick Wakeman like. The keys tastefully enhance the songs in an unobtrusive way.

Indeed, the Organ Run on Living It Up is magnificent and complements a pacey 60's Beat Songs. These keys aren't everywhere nor on every song, but they do make a surprising addition to the quality of the songs. On The Flip Side is just chocka with great melodic Pop Rock.

There's so much going on Be Out Here Forever, it is like three or four songs in one with the style changes. It starts off all Gerry Rafferty and ends as a real 60s all together now. On Repeat has wonderful multiple harmonies followed by the second epic of the album, Push Me In The Water which is an Alice In Wonderland type of effect.

Hidden From Me is very Pop Rock 70s, the type of direction that Nick Frater takes. Never Been Gone is almost Jazz in feel and 10CC in sound. Lost And Found goes all Blue Mink. This is the most varied Mothboxer album yet. It still covers the area somewhere between 60's Pop and 80's Intelligent 80's Indie, but offers two massive songs that fully revel the talent of Dave Ody. Highly Recommended!

You can listen to and buy the album here. It is £5 for heaven's sake. well worth opening your purses. You can find out more about Mothboxer here.