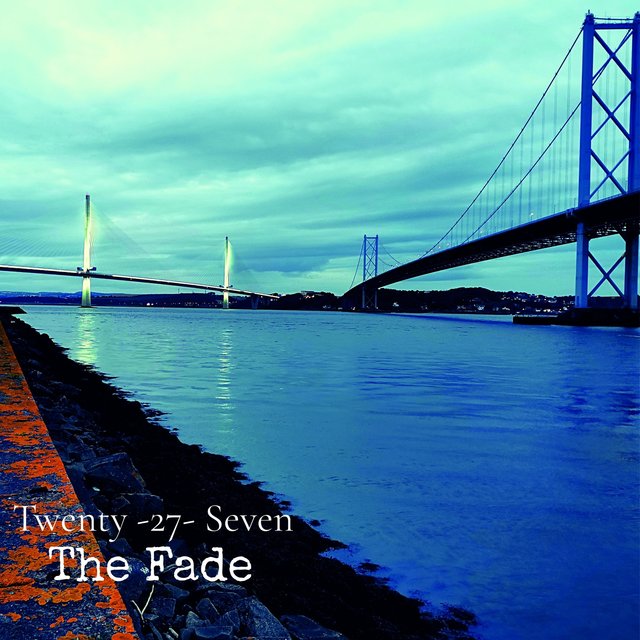 I had a message today asking me where all the Pop Rock was in the 31 Reviews in 31 Days. Firstly, we were only at Day 12. Secondly, it as though they have never actually noticed what IDHAS is about. I thought the days of everyone referring to it as a Power Pop Blog (which it has never really been and certainly isn't now) were over. But recently I've been receiving quite a few "This is Power Pop so you'll like it" emails. I am a Power Pop fan, but only Power Pop I like and my personal tastes spread far wider.

So to Dunfermline's The Fade. Now this is Pop Rock and excellent Pop Rock it is too. I played a song from their first album on the IDHAS Audio Extravaganza and meant to review the Worth Waiting For album and in all the melee didn't. So feeling really guilty, I want to tell you about their second (definitely not sophomore) album.

The Fade are a band from the 80s who reformed in 2015. Worth Waiting For was a fine album, but this is even better. The songs sound fully finished and what a sound it is. The six piece have a beautifully produced album in which the music is loud and clear. The riffs flow without ever taking over things in panoramic way. That all complements Raymond Donnelly's vocal.

Donnelly has the perfect voice for Pop Rock. He can belt it out, yet the vocal is mellow and easy to listen to. Therefore the band sound as comfortable in both Modern Prog and particularly AOR, without ever moving too far from the Pop Rock Territory.

Equally at home with a big ballad like If I Could or the Bon Jovi-ish Be With You. At times the piano makes the band sound like a rockier Deacon Blue, but they are best when they are anthemic. Stay, Summer Rain and Hold On take care of that wonderfully.

The Fade can certainly play, but it never gets showy, they specialise in great sounding chorus led songs. This type of stuff seems to have become unfashionable over recent years. I have no idea why. Maybe this lot can change all that. Here's hoping so because Twenty - 27 - Seven is a great album. Oh and why is a second album called 27? It's a tribute to the musicians who have died at that age.

You can listen to and buy the album at one of these places here. It does cry out to be on Bandcamp though.

Posted by Anything Should Happen at 18:47

Email ThisBlogThis!Share to TwitterShare to FacebookShare to Pinterest
Labels: The Fade