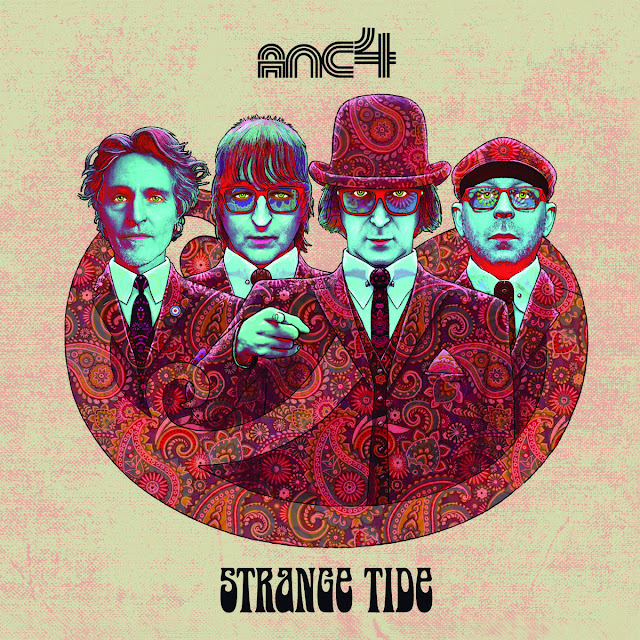 The Arvidson-Nilsson-Borgh-Osterberg Combo return for more Rickenbacker Jangling Pop Rock and Sweden's finest waste no time in getting down to business. Melodic, catchy and riff led, Strange Tide carries on from where the debut album left off.

I love them most when they venture into Psych Pop, unexpectedly and Go Easy pushes all those buttons. It is a splendid affair and worth the admission alone, but there is far more here to enjoy. Romantic Fool and its cockernee Beat Pop is another stand out, but you could choose any of these 15 songs and be delighted.

Need Out goes all Toytown with a great sideline of accompanying Country. Being Nice is right in Teenage Fanclub territory, while Everything Turns Blue is all West Coast 60s. There Goes My Baby is top notch Merseybeat and Lucky Me, Lucky You ventures into Country Rock territory whilst still keeping the Pop Beat and adding a great Organ Run.

Generally, the Jangle is still there, if a little more in the background than the debut. Other influences such as Country, Beat and 60's Pop spring out. Was It Just A Dream is a perfect example of the glowing Pop Rock that is sprinkled everywhere.

Strange Tide is such an upbeat chipper album. It always seems easier to write a miserable, woe is me, song than something as feel good as ANC 4's output. For this they should be commended. I defy anyone to listen to this album without a smile. It is hook after hook.

Posted by Anything Should Happen at 20:01

Email ThisBlogThis!Share to TwitterShare to FacebookShare to Pinterest
Labels: ANC4