The Orange Peels - Celebrate The Moments Of Your Life 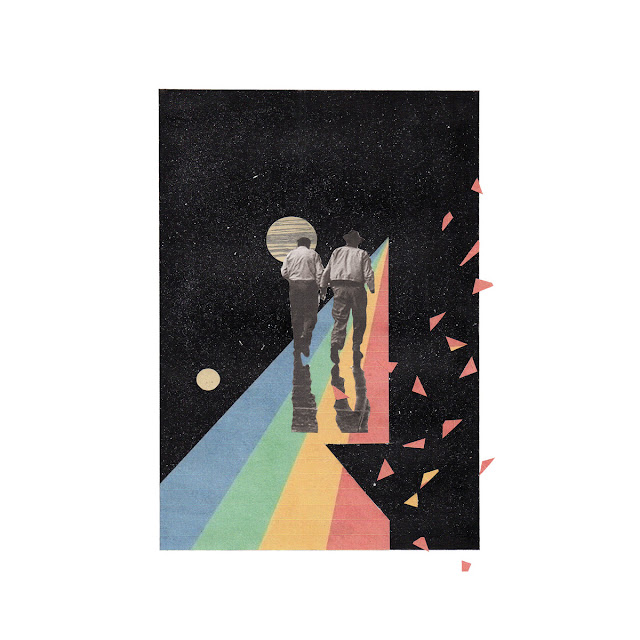 I don't use the term musical genius, because everyone seems to use it for the slightest thing, but if there is such a thing, then Allen Clapp is incredibly close to it. His band, The Orange Peels, suffer from both being ignored and being constantly labelled Power Pop, something they've never really been and are certainly not now.

In a tortuous year for the band with family deaths and the near loss of their home and studio to the California Wildfires, the band have conjured up their most diverse and impressive album yet, a double no less. With a recent move to the Virgin Islands, this has become a sort of farewell to California and what a goodbye it is.

The trio of Clapp, Jill Pries and Gabriel Coan make interesting intelligent music that is essentially Pop, but just labelling it that would make it seem far simpler and inconsequential than it is. There is such variety. Compare Whenever, which is a jaunty Sparks with Bates Motel sort of affair with the wonderful brooding 2 x 2.

Larkitekture is very mechanical, Bowie-esque yet at the same time a bit Marc Almond. Little White Bird is a crooner, yet Human has an all encompassing chorus. Then there is Mindego Hill is top notch Psych Pop, Toytown excellence. Magical Thinking is jaunty Synth Pop.

Those listening to just the first two thirds of the album would be forgiven for thinking that the album was a wonderful example of mid 80's UK Pop, but then you get to the real meat. Bookmarking the magnificent three part soundscape that is From The Sunflower To The Nightshade are two absolutely stunning songs.

From The Rosemary To The Rose is hypnotic, but Pastels may be the best thing that The Orange Peels have ever done. It is an incredibly captivating seven and a half minutes. Melody springs from everyone, it is a real feel good affair that despite its length, finishes way too soon.

Anyone expecting 65 minutes of jangling Something Strange Happens Guitar Pop are in for a surprise. A listen to the 2020 Autumn Fills The Skies Mix of that song would confirm the direction now. The Song is just as great in that mix, but very different.

Those who follow the band closely could have seen this album coming and will realise how outstanding it is. Newbies or Returners should listen to Celebrate The Moments Of Your Life as a debut album. This should be the soundtrack to your life. Open The Doors and let The Orange Peels in.

Posted by Anything Should Happen at 19:12

Email ThisBlogThis!Share to TwitterShare to FacebookShare to Pinterest
Labels: The Orange Peels