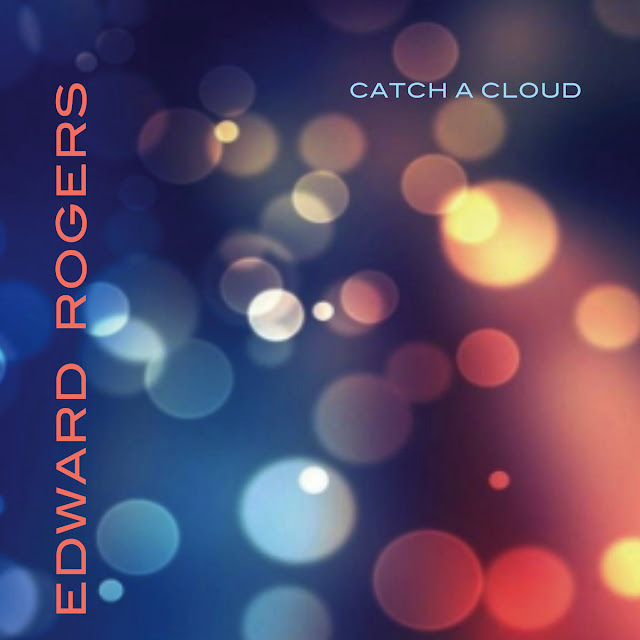 Variety is apparently the spice of life and you are always gonna get that with an Edward Rogers album. This is his eighth and each that proceed it are thought provoking and feature songs that catch you by surprise. This one though seems like his most personal yet and it drops your jaw as the palette of styles hit the canvas.

This man is one talented fellow. His Atlantic Tunnel Radio Show is also inspiring. I was also especially interested in Catch A Cloud with two of my favourite guitarists, James Mastro and Marty Willson-Piper  guesting as well as Sal Maida being on Bass. Talking of Mastro, What Happened To Us is so Ian Hunter that it could have easily been a track on his last three albums. The resemblance is uncanny.

Last Of The Summer Wine doesn't feature Compo, but it does sound like a cross between Martin Newell and Al Stewart. It is wonderfully haunting. Too Far From The Candle has a splendid Psych Pop feel courtesy of MWP. Button Box is incredibly atmospheric making you feel that you are in the Button Box itself.

Imaginary Man sounds like a Peaky Blinders Soundtrack addition. A vocal delivery akin to Nick Cave without frightening you into the cupboard under the stairs. Hayley is spellbinding in its reach, essentially Folk at heart, but the instrumentation is so left field and magnificently moody.

Oh to be inside Edward Rogers head! Catch A Cloud is such an inventive album. It isn't for the faint hearted and don't expect singalong choruses. It is a work of staggering talent and worth any or all of the effort taken to appreciate it.

Any of these eleven songs could have been chosen to embed in this review. There is beauty in the album's journey and you can marvel at the construction of the songs. You won't hear an album like this all year and that in itself is acknowledgement of how good it is.

Posted by Anything Should Happen at 18:57