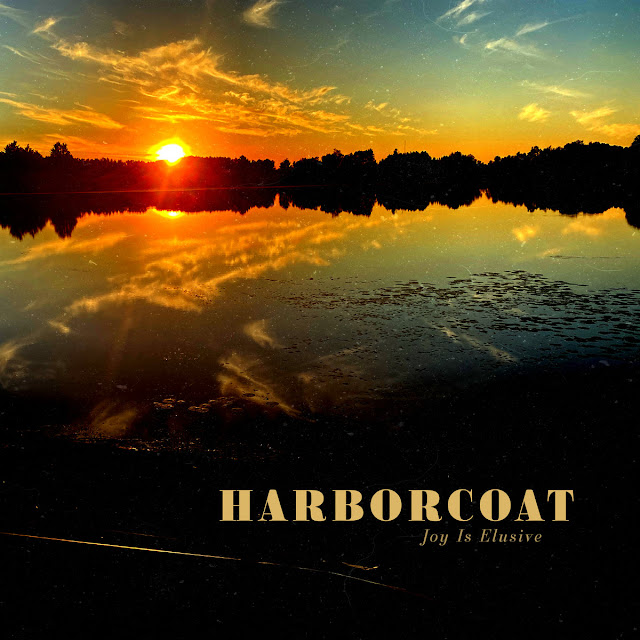 Michigan's Matt Carlson is a talented chap. Ex of the excellent Pantones, now of The Stick Arounds and then there is the side project that is Harborcoat. The band are essentially Indie Pop, but far nearer the UK version than the US. Yet there is also a US Twang side.

There's a real Pete Wylie vibe to Transit Town and that feel appears more than once across Joy Is Elusive. There's a real DIY Pop Rock sensibility to the album, almost Glasgow, certainly the better end of the 80s, Guitar rather than synth led.

Go To Sleep has a weeping riff to accompany an almost Country Rock type of affair. Help Me Out is Power Pop yet Tightrope Wire sound more IRS. Never Made It Home is strumming Americana but just as effective as the Pure Pop on show elsewhere.

New Dawn Chorus has a real 60s big Studio feel. Edwardsburg follows this route too, anthemic and cheerleading. For the involvement of six musicians, the sound is very laid back, never lo-fi, but certainly restrained at times. The emphasis is on letting the instruments breathe and this just enhances the overall sound of the album.

Joy is Elusive is a top notch listen. Sit an Armchair and you'll soon find yourself tapping your foot and singing along. But this is also an album to listen to and admire. It is a balance between Country, even Americana and Guitar Pop, but that just makes the album welcomingly less predictable.

You can buy and listen to the album here.

Email ThisBlogThis!Share to TwitterShare to FacebookShare to Pinterest
Labels: Harborcoat