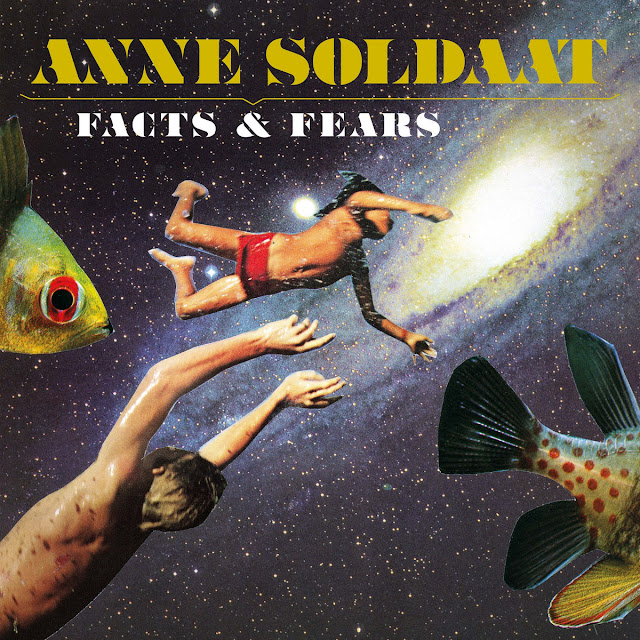 I'm a massive fan of Daryll-Ann. The Excelsior "Again" Box Set gets hammered here and I have to admit to a real sadness when I realised that they'd called it a day. But the solo work of both Jelle Paulusma and Anne Soldaat has kept that fire burning.

It's been six years since Soldaat's excellent Talks Little, Kills Many although he has been busy He's continued his work with Tim Knol, recorded two albums with Yorick van Norden and done theatrical performances with his Chet Baker tribute.

Facts & Fears is a work of great beauty. It is very laidback album as you'd expect and after the first listen, you realise that, thanks to Pablo van de Poel (of DeWolff), the album is sonically in another league. There is a real clarity in the instrumentation.

This allows Basslines to the fore, Brushes on Drums to stand out and brings real clarity to Soldaat's vocal. The song writing is as splendid as ever, but the instrumentation is more Acoustic at times as well as taking in different genres such as Folk and Blues.

Meet The Other Side highlights what a great storyteller the man is, I Was Lost is mesmerising and Suffer Silently borders on yee-haw Country. Hibernation Generation is the most Pop Rock it gets and is one of the album highlights. One Book, One Life is very Rock and Roll.

Overall though, this feels like a very personal album. It is to be listened to when you have nothing else distracting, it demands that attention. Wonderfully written, deep in content, it certainly isn't the most commercial album of Anne Soldaat's career, but it is very much one of his best.

You can listen to and buy the album at one of the places here. You can find out more about Anne Soldaat here.

Posted by Anything Should Happen at 01:07