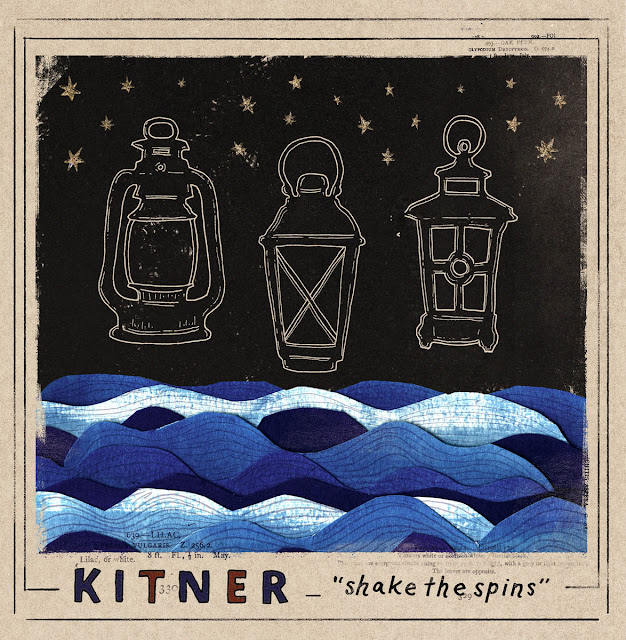 I'm not going to go on about labels again because it is as tedious for me as it is for you to read. Kitner have been lumped in with the EMO brigade and I just don't hear it here. This is Indie Rock, but a thoughtful toned down version of it.

It has took a fair while to get to the Boston quartet's debut album, but it is well worth your wait. I've been hanging on to this for a few months and then I don't notice it has a first of the month release with all the 31 in 31 excitement.

There's a lot to get into here as the band follow various paths. The stand out song is Suddenly, a real jaunty Pop Rock affair that isn't that reflective to what else is here. Beth Israel is another stormer and that is splendidly shouty.

Below the surface, there is a real sense of melancholy, particularly in the lyrics. New Haven CT starts as a moody acoustic and although the mood doesn't improve, the song speeds up and adds instruments from everywhere. There is a hell of a lot going on in its 2 minutes 40.

Henry Miller '91 is almost Americana until a blistering Guitar Solo. Orient Heights is anthemic with a real rock out towards the close. Malden MA has a real rust belt feel with its Harmonica Rock and Junebug is an awesome affair, Keyboard Player Brianne Costa's vocal complementing and adding depth to the song.

The closer, If There's Anything Left, compares with any of the new breed of Folk Poppers out there. I think beautiful is the word to describe it. The time taken since 2019 to get this album out has definitely strengthened the album and the influences merge to provide an absolutely top notch album.

Posted by Anything Should Happen at 18:05

Email ThisBlogThis!Share to TwitterShare to FacebookShare to Pinterest
Labels: Kitner