Mythical Motors - A Rare Look Ahead 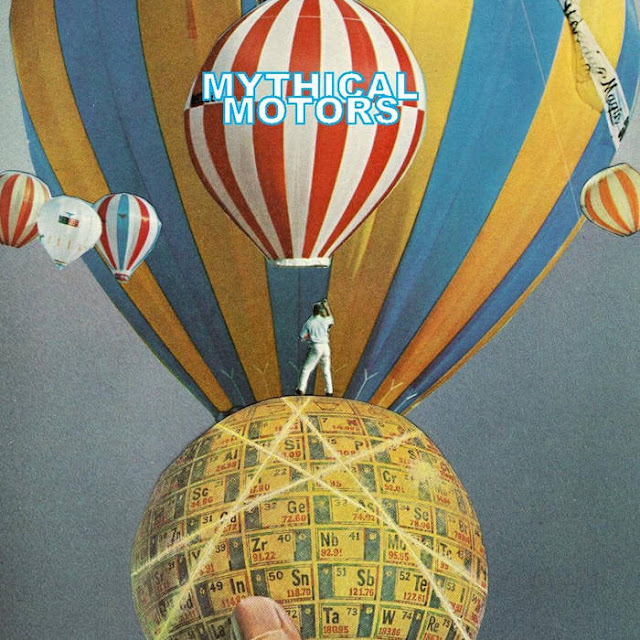 There's been a shift of attention over the past couple of years from big sounding Vocal Harmony Pop Rock to Lo-Fi Guitar Pop. Both are more than acceptable, but recently, the volume of the latter has led to quality control becoming a distant second to the need to be compared to masters of the genre.

If I read another comparison to Guided By Voices, I'll scream. Got a Guitar that is plugged in? Do you have a basic sound? Right, I'll compare it to GBV, no matter how unlike dear old Robert it sounds. It is just lazy writing. So I wanted to make a stand.

Two of the remaining posts in the 31 in 31 will look at the great side of Lo-Fi. The second will appear tomorrow, today the focus is on the splendid Mythical Motors. Hailing from Chattanooga, (can you say it without adding choo choo?), the band don't have to join the wave of new pretenders to the genre, they've always been Lo-Fi.

However, in Matt Addison they have one of the great songwriters. Innovative, perhaps sometimes too much, there is a Pop sensibility much missing elsewhere. After last year's two albums, one Psych, one Pop, newcomers could be forgiven for being a little confused.

On A Rare Look Ahead, the Psych Pop appears less occasionally, this is Indie Pop Rock and it is fair to bracket them there now, the days of being labelled as Garage are gone. Listen to beauty of The Placement Of Things and you'll hear what I mean.

That's Why I Conjured You has a wonderful jangle about it. The No Name Followers is one of the ventures into Psych Pop and it is simply magnificent. Crashing Waves Of Fascination comes a close second, but it is the Guitar Pop that is most prevalent elsewhere.

Years Of June is just poptastic, Vanishing In Grey, the same. Rain Painting ditto. There are just too many examples to pick out. The songs are written and performed in a say what you wanna say and move on. If you don't like one, you'll like the next.

You can listen to and buy the album here or here.

Posted by Anything Should Happen at 19:03